We are in the Season of Miracles here in Jerusalem. Christmas and Hanukka both began on Christmas Eve, with lots of trees, doughnuts, menorahs and gift giving all joined together.

It’s true that Hanukka and Christmas often coincide close together, however the last time there was a direct overlap of these holidays was in 1978. And Christ Church was once again packed with Israeli visitors for Christmas Eve. Approximately 2,500 of them braved the cold conditions and came to listen and celebrate a miracle.

A Time Of Miracles

Similarities between Christmas and Hanukkah

Christmas and Hanukka share some interesting similarities. Both have become heavily commercialised, attractive and popular due to cultural and business pressures. Both come with terrible post-holiday traffic. Both come with special foods, warm spiced wine for Christmas and doughnuts and latkes for Hanukka.

Both have had many traditions that are not part of the story introduced to them. Christmas is celebrated on the 25th of December and Hanukka is celebrated on the 25th of Kislev. Both have extended Feast days. Hanukka is for 8 days and Christmas has a season of 12 days. Both holidays recall a Great Miracle done by the God of Heaven for His people. The Miracles require more than just one day to fully appreciate and internalise, so we have 8-12 days to ponder and dwell on the mystery.

Most people would ascribe the Miracle of the Virgin birth and the advent of Messiah as the Miracle that is being celebrated at Christmas. Note that people are not celebrating the Birthday of the Messiah rather the Birth of the Messiah, as the actual day of birth is not recorded. It was not a Jewish tradition to record birthdays during the 2nd Temple Period. However, the Gospels do indeed record His birth and the celebration of that event was added to the Calendar.

And I know I have said it before on this blog but it’s worth mentioning again - Christmas does not replace a pagan holiday of the Winter Solstice. This is a mantra I have heard so many times from Christians and secular alike. It’s a false claim that has become unfortunately set in stone.

None of the early Church Fathers make a mention of the date or pagan holiday replacement. The Greeks predate the Catholics as the closest to the original Church and obviously did not choose to replace the Winter Solstice, which falls on the December 21st, as Greek Christmas is on the 7th January. And the Armenian Orthodox (who are actually the very first nation to embrace Christianity in the year 271 AD) have their Christmas in Jerusalem on the 18th January.

The miracle of oil

Most people would ascribe the Miracle of the Oil as the Miracle that is attributed to Hanukka. Hanukka comes from the verb ‘to dedicate’, and celebrates the rededication of a purified Temple following a successful Jewish revolt against the Seleucid Greeks.

There is no mention of Oil or how the Menorah burned with Light for 8 days as new Oil was produced. Why not? What happened?Why did they miss including such a special event that is now synonymous with Hanukka? So when did the Oil appear in the story of Hanukka? Actually, the Miracle of the Oil appears very late in the 6th Century in the Talmud, that’s 600 years after the Maccabees. The real Miracle in the Books of the Maccabees is that a small non-trained Jewish army defeated the mighty Greeks, one of the most well-equipped, well-funded Superpowers of the day. God once again fought for His people.

The Rabbis and Sages

The Rabbis and Sages did not agree with the Messianic theology of the Maccabees. The Maccabean nationalism believed they could hasten the redemption of the Messiah through violence and that they themselves played a part of the messianic agenda of God. They even killed their Jewish opponents who disagreed with them.

The Maccabees slaughtered the Pharisees in mass crucifixion. A death penalty they had adopted from the Greeks and Romans. In revenge the Rabbis failed to mention or write about the Maccabees during the Mishnaic period (that’s between 100 BC and 200 AD), trying to downplay the disastrous nationalistic fervour of the Maccabees which had resulted in successfully getting rid of the Greeks only to invite the invasion of the Romans and subsequent destruction of the Temple. It was only much later that the Rabbis of the Babylonian Talmud sought to replace the Miracle of a military victory with a Miracle from God.

They did a play on words with the Maccabees. In Hebrew the Maccabees descend from the HaShmonim family. Shemen in Hebrew means oil. Ha-Shemen means ‘the oil’ and sounds similar to HaShmonim. Thus was born the Miracle of the Oil, 600 years after the military victory over the Greeks and the rededication of the Temple.

Jesus and the Feast of Dedication

The Gospels record Jesus being in Jerusalem during the Feast of Dedication. As that was indeed what was being celebrated, the rededication of the Temple and the relighting of the Menorah in the Temple. Josephus (Jewish Historian) records the Feast as the Festival of Lights, as the focus was on the rekindling of Light in the Temple. Light in Jewish tradition symbolises the presence of God. God was once again with His people. The military victory of the Maccabees was indeed a Miracle and it is worth recording and celebrating. God has many times in the past fought for His people and He will do so again. For the sake of His great Name.

A prayer for Hanukkah

In the Prayer Book of the Jewish people today there is only one Prayer for Hanukka. Which shows you how unimportant the Rabbis are actually trying to make it. And it has no mention of the Miracle of Oil at all, rather it mentions the many miracles God has done for His people through the ages.

I apologise if this disappoints some people who really like the idea of the oil miracle. However, we, both Jews and Christians, have taken many traditions and added them to the stories we celebrate. Christmas trees, Santa Claus, the three Wise Men have embedded themselves in the Christmas Story.

The Gospels record no trees, Santa was actually a generous 4th Century Bishop, and we are not told the number of Magi from the East. The truth is that God has done Great Miracles for us and our forefathers.

The greatest Miracle was the Messiah. And we are indebted to recall all the wondrous Miracles God has done. We are in a Season of Miracles. The world is in a bit of a mess and we need to pray for God to continue to do more Miracles for us this year.

The greatest Miracle was the Messiah... the world is in a bit of a mess and we need to pray for God to continue to do more Miracles for us this year.

This year, the ultra-orthodox Minister of Health in Israel told us doughnuts were unhealthy and recommended we only eat one on Hanukka!

Thank goodness he didn't mention potato latkes, so I guess we can eat as many of them as we like? 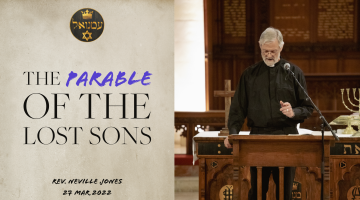 The Parable of the Lost Sons | Rev. Neville Jones

Luke 15 includes what’s often called “The parable of the prodigal son” as well as two other “lost and found” parables, but all three stories are, in fact, a single parable.
4 months 1 week ago
Video 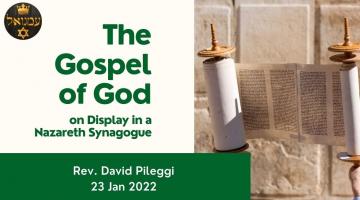 The Gospel of God - on Display in a Nazareth Synagogue | Rev. David Pileggi

esus begins his ministry in Luke’s gospel by declaring that his mission is a continuation of God’s desire to rescue (redeem) what rightfully belongs to Him.
6 months 2 weeks ago
Article 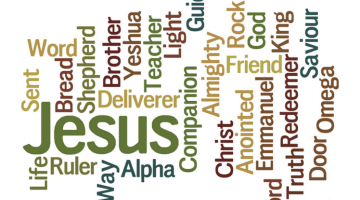 What’s in a Name? Salvation!

Jesus, Yeshua, Messiah, Lord, Saviour. Can we call him Jesus or must we use His Hebrew name Yeshua?
4 years 3 months ago
Video

Please pray for my victory in my job and in my rank.