Nothing in the Bible is there by mistake - and no word or sound is superfluous. They are chosen for a reason and interestingly the words that are not used are considered just as important as the words that are used. Take a look at one such case - the word "Shalom" - with Rev Aarin Eime.

The Bible is a very special book. Obviously!

We call it the Holy Bible and that title is imprinted on the front of most Bible covers. In Jewish thought the Bible is indeed Holy - but it’s even more than that, it is Divine Language. The Language of God is so special and powerful, it can create worlds, speak blessings, demand wrath and prophesy the future.

According to Jewish exegesis there are at least four ways to read every verse, text and word of the Hebrew Bible.

Interestingly, the four initial letters of the above form the acronym PRDS, which is also the Hebrew word for an "orchard" (Heb. PaRDeS), and the Rabbis liken the Word of God with our experience of an orchard - always having a new experience in store for us of sights, smells, emotions...

Messiah - He Paid In Full

Enabled with this multi-layered background to the Biblical text, let’s examine one simple word of the Messiah.

After His Resurrection, Jesus appears to His disciples as they gathered behind locked doors (John 20) and says, ‘Peace’. One simple word, Shalom in Hebrew שָׁלוֹם. Now quite literally Shalom does indeed mean peace, but according to its Hebraic context also means so much more. Shalom comes from the verb ‘to pay’. שָׁלם (Shalem) means "paid", masculine singular in the past tense. שָׁלם (Shalem) also means "whole". So when I go to the market in Jerusalem and want a whole roast chicken, I use the word שָׁלם.  That means the whole thing including the neck, and even some of the feathers still attached!

Before Jesus was in that room with His disciples, they were scared, nervous, uncertain of current events and unsure of the future. Then He appears. It’s a miracle, the resurrection is true and certain. In that context Jesus proclaims שָׁלוֹם Peace!

How did He bring Peace? He had paid it, and He had paid it in full, the whole amount. All of that wrapped up in one word - Shalom שָׁלוֹם

"But God demonstrates his own love for us in this: While we were still sinners, Christ died for us." 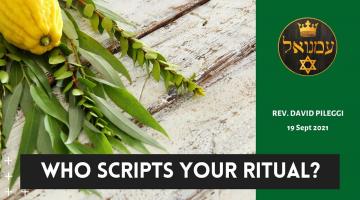 Rev. David Pileggi tell us that, among other important lessons, Sukkot teaches us the importance of making sure that our rituals are based on truth.
7 months 3 weeks ago
Video 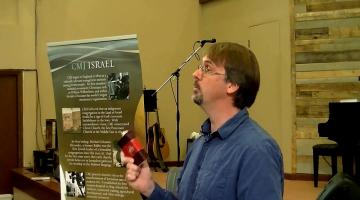 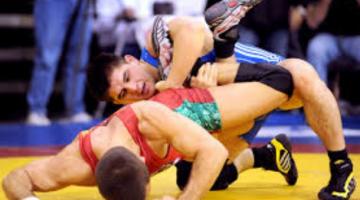 Is reading the Bible easy? If we're honest, no, not always, but the very nature of the Bible demands that we delve deeper to look for more meaning and to search every possible corner of the text for extra details and information.
4 years 4 months ago
Video 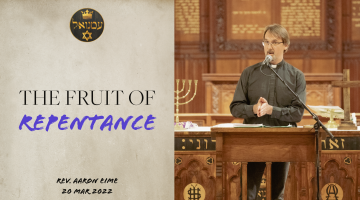 God is not the god of karma; he is the God of grace, says Rev. Aaron Eime.
1 month 4 weeks ago

Thanks Aaron, for explaining how Jewish exegesis works. It can really bring out the true meaning of the text. I will never look at Jesus’ statement to his disciples the same way!

I do not want to miss your trip to Canada. I loved to sit and listen to your stories and explanation of Hebrew text when we were on Ten White Truck Tour across Canada. 🤗

Thanks again for sharing these insights.I continue to follow Christ Church sermons on your podcasts and feel connected with you wonderful people.Hope you are well and blessed.Thanks again.

Thanks, Gordon. Please remember to pray for Christ Church as they are hosting the At The Crossroads conference this week. It is an historic gathering.

Hi Gordon. Apologies for the slow response. Thanks so much for your encouraging words - they mean a lot to us. :-) Andy