Hear O Israel, the Lord our God, the Lord is One. This verse from Deuteronomy 6:4 serves as the centrepiece of the morning and evening prayer in the Jewish Daily Prayers. The Prayer, known as the Sh’ma, is more than a simple prayer or public declaration. It is an oath of loyalty to the One God, the One King, the God of Abraham, Isaac and Jacob.

Parents teach the Sh’ma to their children as the last thing to say before going to sleep, and if possible (according to the Rabbis) is to be the last words to come from the lips of a man before he dies.

The Sh’ma is probably the best known of all Jewish liturgical prayers and perhaps the most important. There are only three prayers commanded in the whole Bible; two occur in the Torah itself, the Sh’ma (Deut 6:4) and the Grace after meals (Deut 8:10), and the third is the Lord’s Prayer as instructed by Jesus in Matthew 6 and Luke 11. Some Christian liturgies, including Anglican, Lutheran and Catholic liturgies, incorporate the saying of the Sh’ma, although in its English form. The Sh’ma appears at its core to be a clear proclamation of monotheism, and yet interestingly, the Jewish Prayer Book, known as the Siddur, translates the verse to read - ‘Hear O Israel the Eternal our God is an Eternal Unity.’ (Siddur page 13)

The prayer itself is more than just allegiance to a monotheistic tradition, the word Sh’ma שְׁמַע is a powerful Hebrew word that is loaded with meaning. Sh’ma is the imperative of the Verb ‘to listen’ or ‘to hear’. It is also the Biblical Hebrew word that is used for ‘to obey’. Oddly enough, despite all the many commandments from God, there is no actual word in the Bible for ‘obey’. All the Authors of the Hebrew Bible used the word Sh’ma to imply obedience. Modern Hebrew, however, has invented a word for obey; it is לציית, pronounced ‘lets-eye-yet’. When the modern state of Israel was creating its army, they needed a word to make sure their soldiers followed commands from their officers in battle.

‘Faith comes by hearing’ says Paul in Romans 10. The Bible is the Word of God and needs to be heard as much as it needs to be read. The implication is of course that if we heard the Voice of the Lord, we would indeed put those words into practice. Jesus says the same thing in Luke 11:28 when He declares ‘Blessed is he who hears my words and obeys them’. It is a play on words in Hebrew. ‘Blessed is he who sh’ma my words and sh’ma them’. Psalm 95 warns us that ‘Today, if you hear His voice, do not harden your hearts’. Moreover, by extension, not obey the Voice of the Lord. I must stress that Obedience is not to be confused with Works-Righteousness. Obeying the Lord because He told us to do something is not to be equated as trying to earn one’s place in the world to come. The actions might look the same outwardly but come from very different intentions inwardly. Jesus says ‘My sheep hear My voice, and I know them, and they follow Me’. Critical to a healthy relationship with the Messiah is not only to acknowledge His kingship and authority but in hearing His voice and putting it into practice. 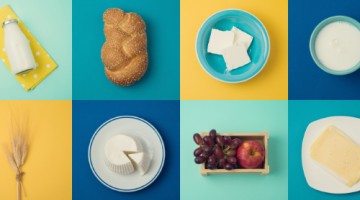 Shavuot & Pentecost: The Torah, Fire and the Holy Spirit

A close look at the Hebrew text of Exodus 20, the account of the giving of the Torah to the children of Israel raises some interesting questions.
1 year 7 months ago
Video 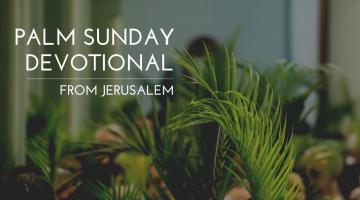 We are traveling to the eastern side of the city, recounting the story of Jesus' humble entrance. Daryl Fenton relates the significance of this event 2000 years ago, and what it can teach us today.
1 year 7 months ago
Article 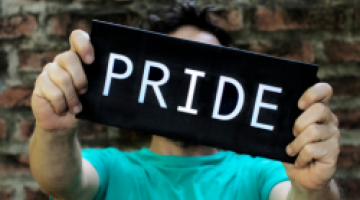 Pride goes before a fall, right? At least, that's what the Bible says in Proverbs. And yet God Himself is said to be clothed in "majesty" (literally, "pride"). This study looks at the difference between the two and helps us understand who we are, and who
4 years 11 months ago
Video 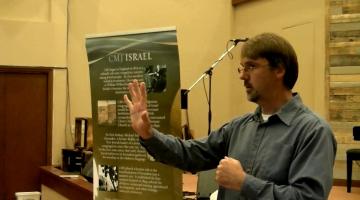 Yours is the Kingdom

Aaron Eime teaches about the Lord's Prayer with a look at the Jewish Roots of the Christian Faith.
1 year 9 months ago

An excellent article, Aaron. I particularly liked the play on words in Luke 11:28, which I had not noticed before. Thank you.

Exelent ! Yes i want and try to obey His Word! I agree with you dear pastor Aoron

Hear, voice, true , peace and obedience.
Yes" My child, I have not promised joy, without some grief and pain some tears must water the see you sow as the earth -plants need the rain" by Illa M. Bruce My gift to Thee
To do, practice and remain in his true is necessary ad the imperative of love. Thanks for sharing. Mary