What’s in a Name? Salvation!

There is no other name under heaven given to men by which we must be saved! (Acts 4 vs 12). This declaration by Peter before the Sanhedrin has become a central truth and doctrine of the Christian Faith. It has also become part of a controversial debate as to what we should actually call the Messiah. Can we call him Jesus or must we use His Hebrew name Yeshua?

There are many conspiracy theories in the world. Usually, they involve secret societies, foreign government plots, alien abductions and large insidious banking corporations manipulating our lives clandestinely in the shadows. Apparently, another plot existed, the one by the early Christian Church to make the new religion more palatable to the pagan world by corrupting the name of Zeus into Jesus. This is simply not true. While Zeus and Jesus might look similar to each other in English, the similarities stop there. Any honest Greek Scholar knows that Zeus (Ζεύς) does not resemble Jesus (Ἰησοῦς) in New Testament Greek.

The angel Gabriel almost certainly told Mary (Miriam), in the Gospel of Luke, to name the boy child Yeshua ישוע. Yeshua is derived from the Hebrew verb; to Save, in the masculine singular form. This corresponds with the angel's proclamation in Joseph’s dream in Matthew 1 that ‘He would save His people from their sins’. Greek does not have a ‘sh’ sound for the ש and so an ’s’ was used in translation, and there is no adequate Greek letter to substitute for a silent ע. So it was dropped from the spelling. Greek names also have a tendency to end in ’s’, such as Achilles and Odysseus, known as Nominative Case Endings. Yeshua, when translated into New Testament Greek, became Iesous. ישוע to Ἰησοῦς. Note that the Hebrew Bible has already been translated into Greek (called the Septuagint). The Bible the early believers had outside the land of Israel, the Bible that was in the hands of the Churches Paul wrote to, that New Testament was in Greek.

Let’s remember that it was God who confused us at Babel and gave us a varied mix of tongues. Until the Tower, we all truly did speak one language. Now we speak multiple languages, we are not all meant to speak Hebrew. Ultimately it has been in the Lord’s wisdom for the New Testament to arrive to us predominately in Koine Greek, although it is also well preserved in Latin, Syriac and Old Church Slavonic. When the King James translators brought out the first English Bible, the name of Jesus was actually written as Iesous, following the Greek. The ‘J’ was added later. There are no J's in Hebrew, Latin or Greek. Yeshua does not turn into a Gentile through translating His name into Jesus. Many of the disciples had Greek names and yet they remained very Jewish.

Importance of the Messiah's Name

This is not to say that the name of the Messiah in unimportant. The Name of the Messiah is actually very important in the Church and beyond, it has even become a festival in the Anglican and Catholic Church. Known as the Feast of the Holy Name, this Feast is celebrated today on the 1st of January, but in the 17th Century, it's recorded as being held on the 7th of August.

The Name is, however, not magical. Invocation of the Holy Name is not a form of Christian magic. Things don’t happen just because you tack on the name of Jesus at the end of a prayer request. Recall in Acts 19 that several Jewish non-believers, the seven sons of Sceva, tried to use Yeshua’s name to drive out demons to no effect.  Making the declaration ‘in the Name of (someone)’ is in Jewish tradition, an oath of loyalty to that someone. Thus when we declare ‘in the name of Jesus/Yeshua’ we are acknowledging our loyalty to Him. Nothing magical, rather an expression of our desired obedience to the one being named. In Jewish tradition, there were seven things created before God started Creation. The Torah, Repentance, The Garden of Eden, Gehenna, the Throne of Glory, the Temple and the Name of the Messiah (Talmud, Nedarim 39b). The Name of the Messiah is so important that in Jewish tradition it existed prior to Creation. Pre-existent Messiahs are a Jewish tradition, not a Christian invention.

The Hebrew name of Jesus, Yeshua, is very important. Calling Him Yeshua reminds the Church of its Jewish Roots and gets back to the meaning of the name and His mission in the world. He saves! Yeshua is a descriptive name and reflects His character. Iesous has no meaning in Greek. The word for Salvation in Greek is Soter σωτήρ. Soteriology is the study of salvation. Likewise, calling Him Jesus does not get you into trouble either, so there is no need to get on your knees and repent for having done so. Subsequently calling Him Yeshua doesn’t save you any more or less than before. While I was a sinner Christ died for me. Before I even knew His name, He knew mine!

Equally important is knowing the feelings and emotions the name of Jesus brings to non-believing Jewish people. Obviously, Jesus does not sound like a Jewish name. His name is attached in Jewish history to pogroms, crusades, inquisitions, dispersion, and betrayal of the Jewish people. Understandably the name Jesus presents a foreign, Gentile god devoid of Jewishness and context. Sensitivity, honesty and patience should be practiced in any dialogue with Jewish people. I would most definitely advocate using the Hebrew name Yeshua when engaged with Jewish people.

Finally for the believers, to quote Shakespeare: What’s in a name? That which we call a rose by any other name would still smell as sweet. In this, William Shakespeare is quite right. For believers it cannot matter what name is used to represent the Saviour, He will always be the Saviour. 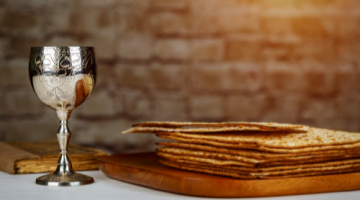 What is Redemption? | The Feast of Passover

Redemption is not something to be kept in the past, it is something to participate in now and to share for the future.
1 year 3 months ago
Video 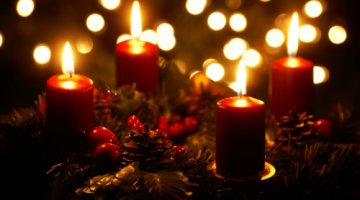 Prepare The Way! | Christmas, The Desert & The Messiah

Where do we prepare the way for the Lord? Isaiah tells us: In the wilderness!
1 year 3 months ago
Video 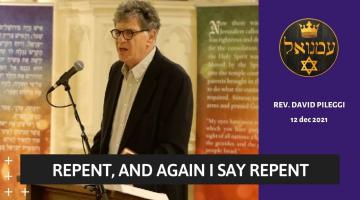 John the Baptist calls us to prepare for the Messiah by repenting and repenting again.
9 months 1 week ago
Video 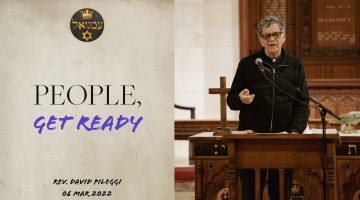 In this world, we will face testing and trials.
6 months 1 week ago

Hello. Thank you for this article. Just a question about this statement in the conclusion, "For believers it cannot matter what name is used to represent the Saviour, He will always be the Saviour." -- what about God re-naming Abram to Abraham and Jacob to Israel, doesn't this indicate an importance to how one is called in terms of a name?

Thanks in advance for helping me understand more.

An excellent article Aaron and much needed to correct misunderstanding.
Re. Jason's comment, because Jacob was born grabbing his twin Esau's heel, his name is derived from the Hebrew for 'heel'. He was a 'grabber' by nature but God would make him a prince of God; Israel. Likewise Abram (exalted father)became Abraham when the Lord introduced His breath (Spirit)into his name; the 'HEY' of God's name, YOD HEY VAV HEY. The Lord changes our nature and gives us His Spirit. Yeshua was always perfect so did not need His nature to be changed, His name, 'Salvation' describes His being.

Interesting article. Wondering whether you can comment on the psychology of Yeshua growing up knowing that simply appending the letter signifiying "God" onto the name Yeshua results in a word meaning "salvation" in Hebrew? (at least per Google Translate...)

I ask this out of curiosity because at present I am a member of a Greek Orthodox Church and the Jesus of the Greeks, at least at this place, does not seem to be the Jesus I have encountered in the Bible and my previous experiences. Have you ever encountered this?

G_D HAS THE RIGHT TO CALL US WHAT HE DESIRES. HE MADE US.IF G_D SAID HIS NAME IS. WHY WE CAN'T ACCEPT WHAT HE SAYS HE IS.ESPECIALLY WHEN IS POWER IN HIS NAME.

G_D has the right to change our names because he made us.Power is in The Name that He said he Is.Why change His Name. I have no problem saying YESHUA. Why should you?

If the Angel Gabriel gave Mary the NAME to her son Y'shua how dare the Greeks Romans English change it really. You don't need to be a rocket scientist to work out this is the biggest lie that man has ever seen shocking. If some one change my birth name gentiles or not I would not be happy. Disrespectful for sure.amen

there is only one name...
for there is no other name given under the heaven...
most of the unpronouncable OT names remained unchanged, but Yeshua had to be "changed"? Doesn't make sense.

I do agree. It does not matter
Jesus our Messiah my sweet peace. Our beautiful Savior and Lord.

Yes.It does not matter.
Jesus our longing Messiah... My sweet peace. Our beautiful Savior! Thank you.

The hebrew root word being "Yasha" And Yah As In "Yahwah" see Eves correct Name "Hawah" Note the Hebrew spelling of both Names. Shua and Yasha Have not the same meaning. SHUA means Wealth or to Cry out YASHA means salvation rescue deliverer safety. Spirit And Truth. The Father Seeks Such To Worship Him. Also see Hosanna In The Triumphal Entry Ino Jerusalem. Comes from The Hebrew Root words Yasha- Na which means save us. The we're Calling His Name! HalleluYAH (YASHAYAH) NA
(Hosanna) saves us. Blessed Is He Who Comes In The NAME Of YAHWAH!